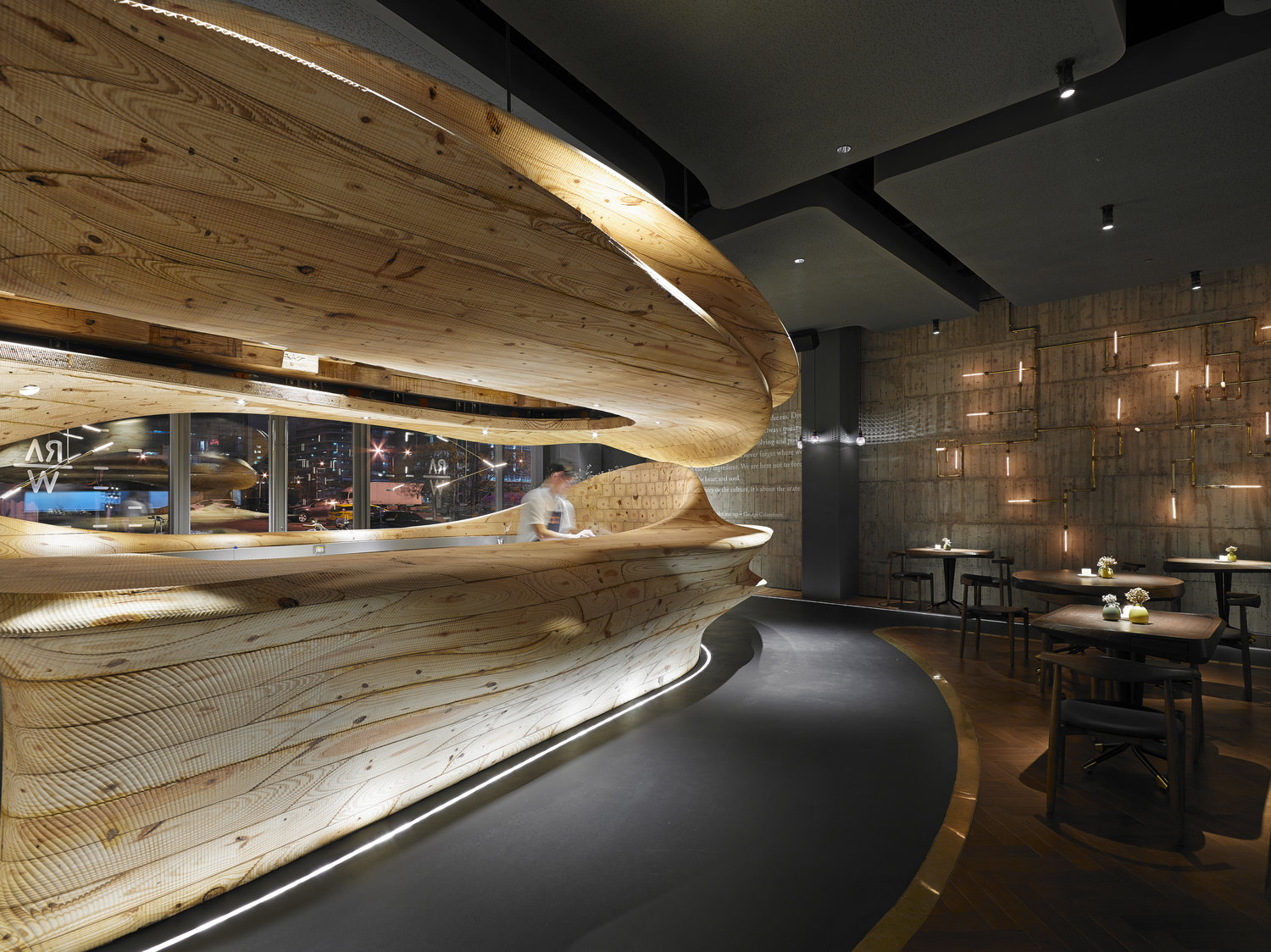 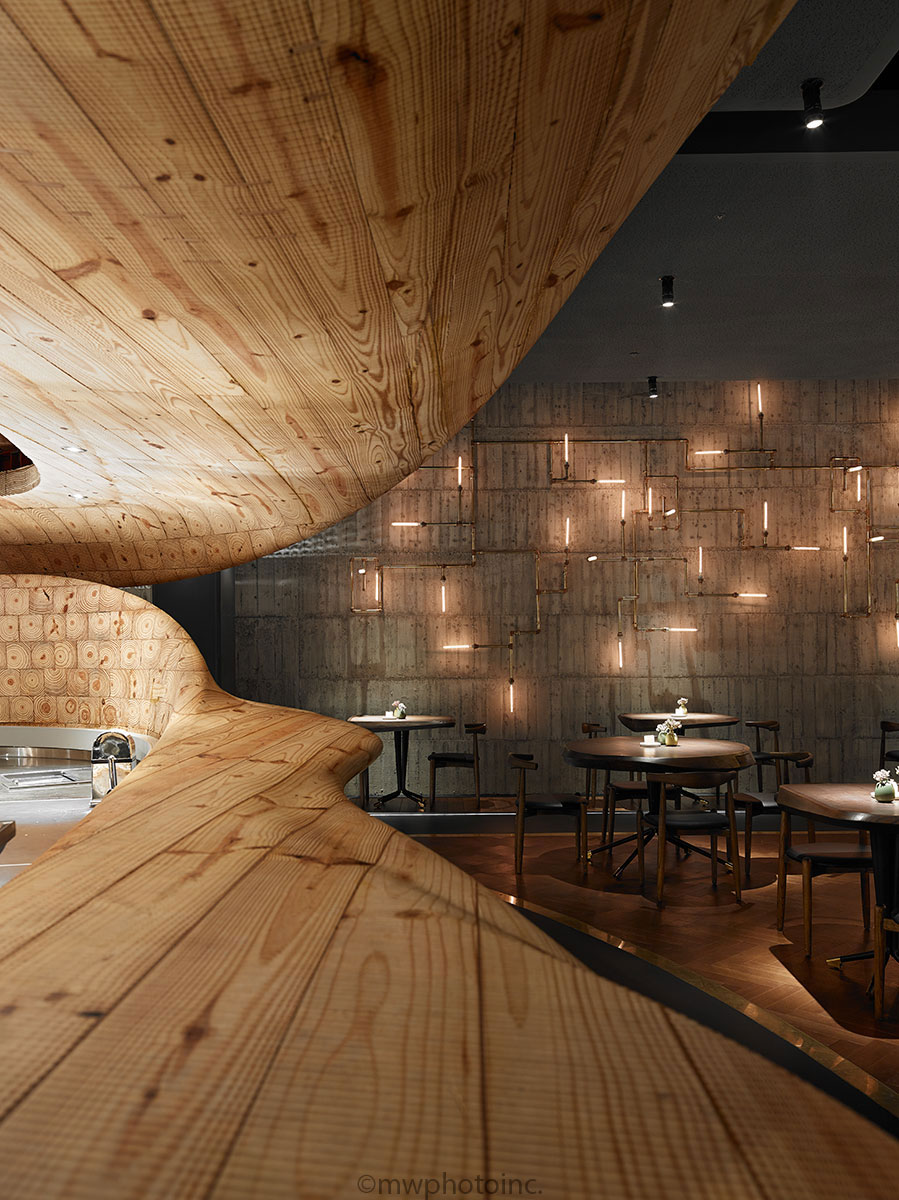 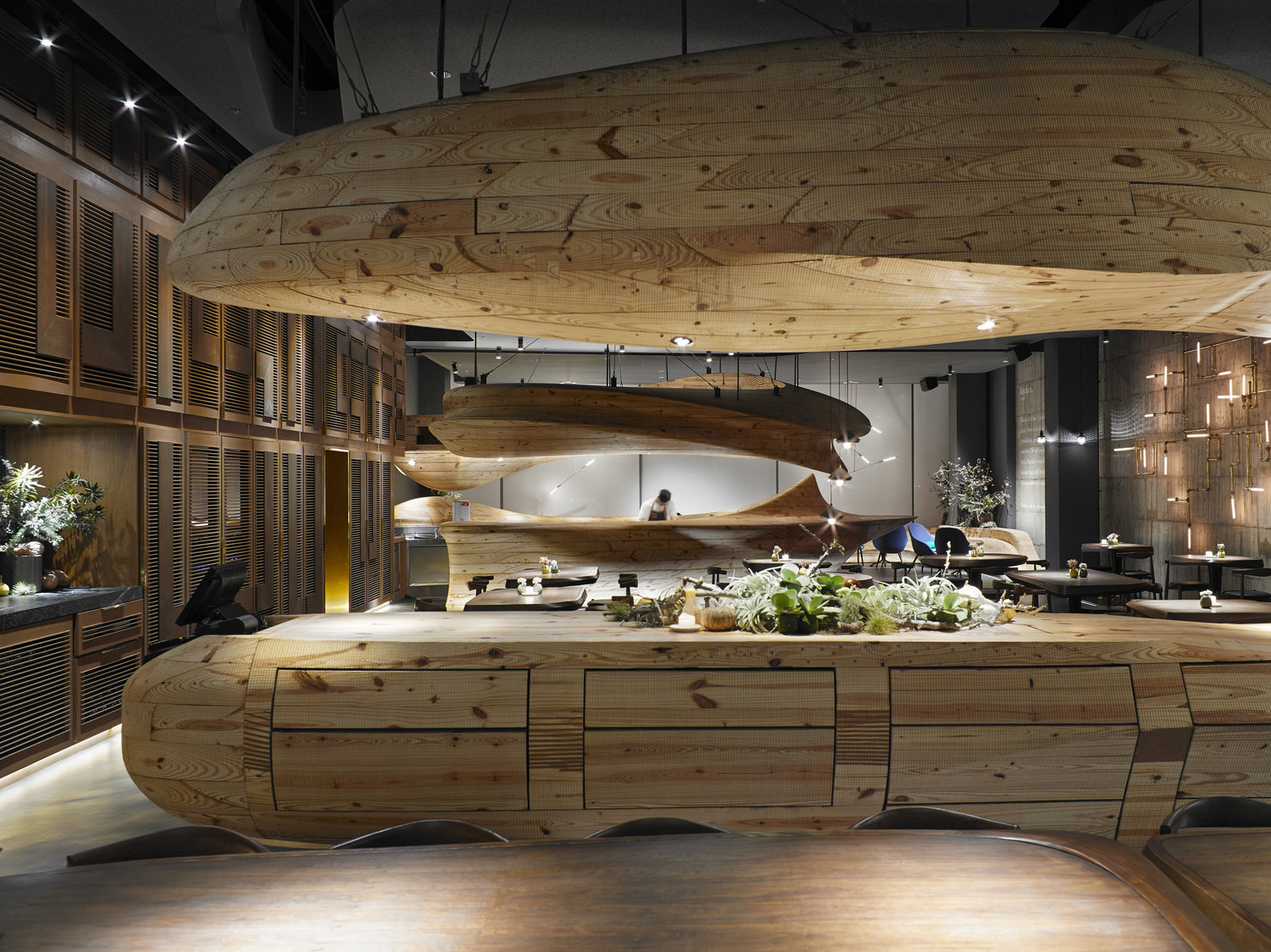 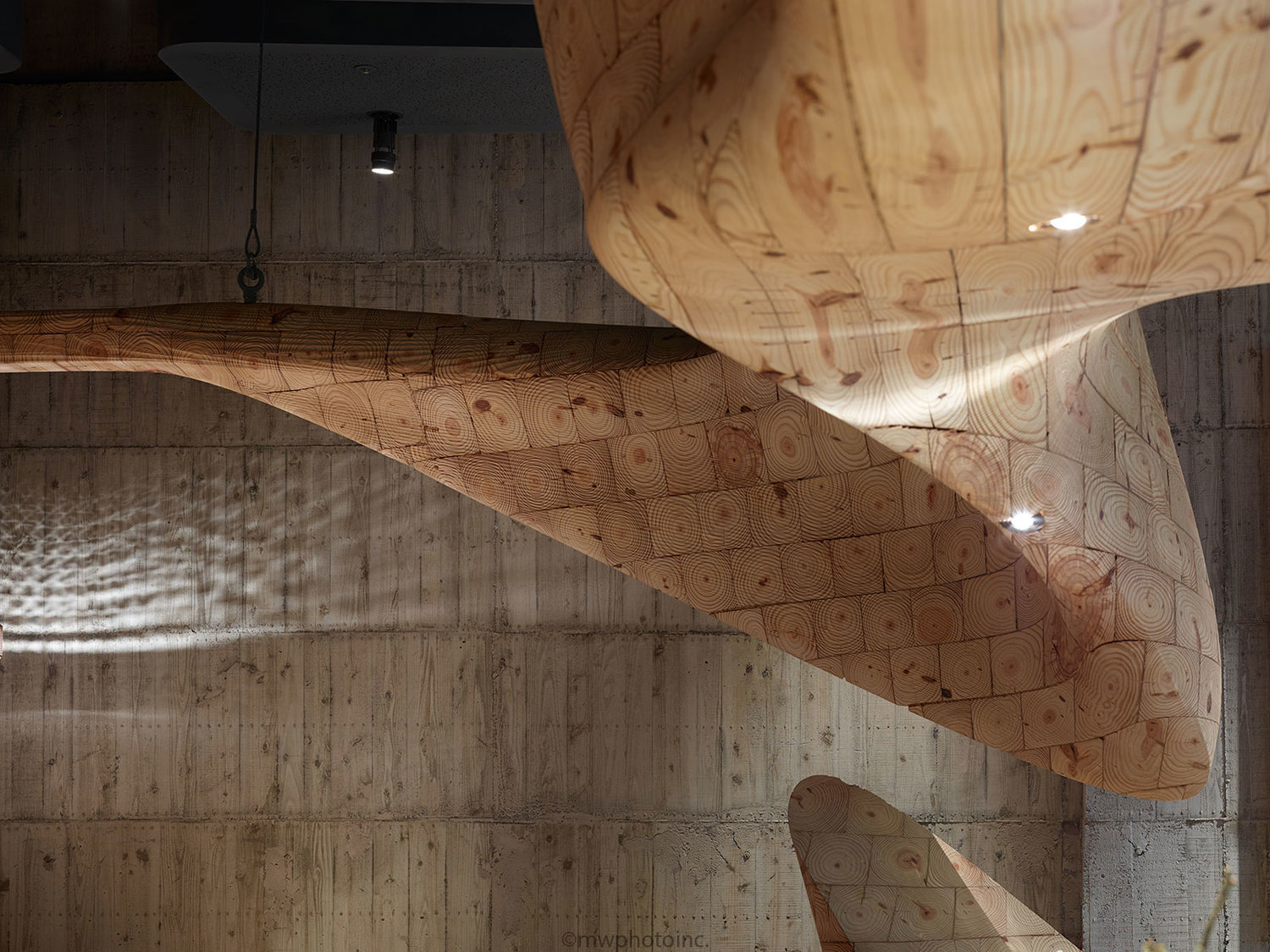 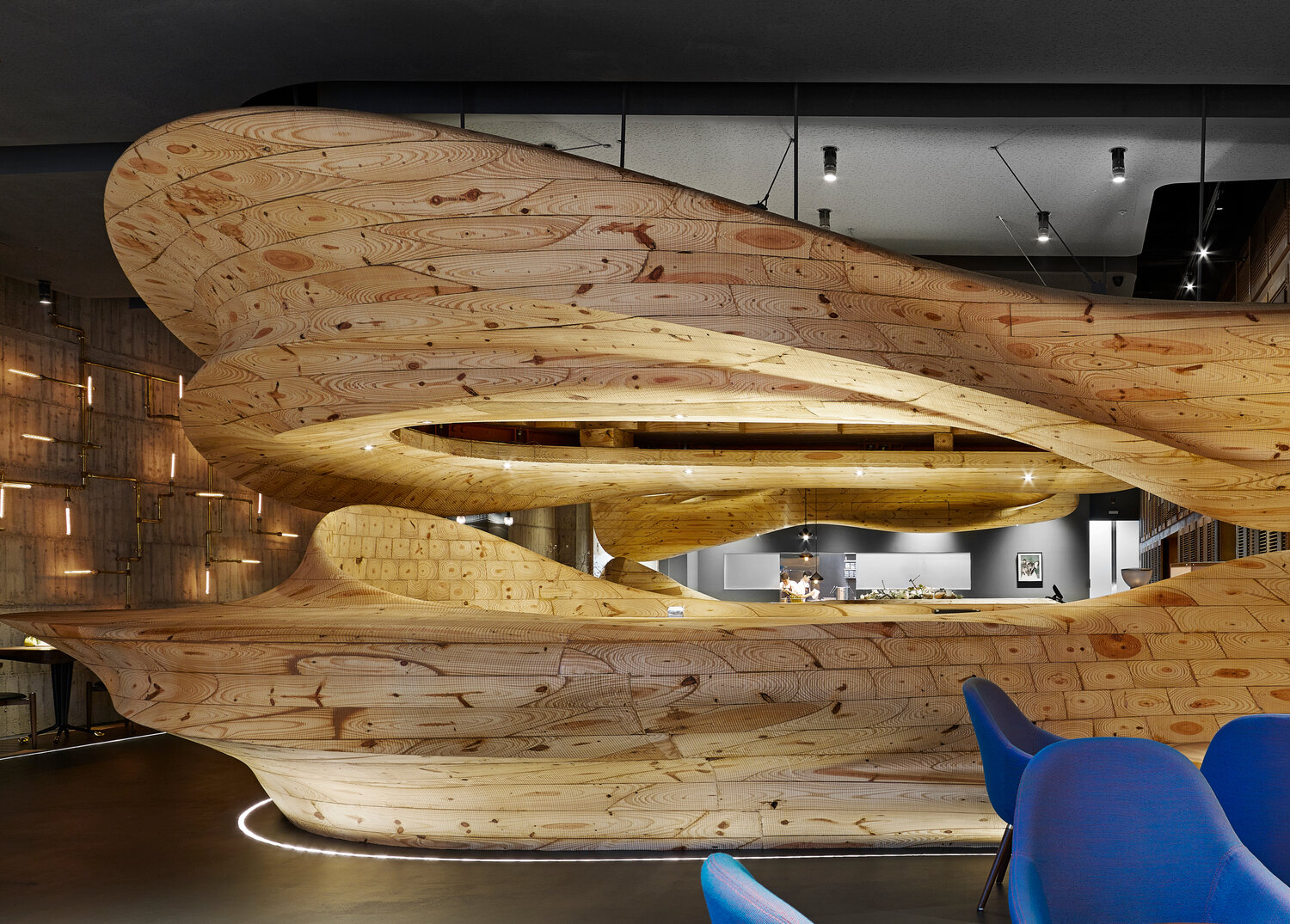 The conversation between WEIJENBERG and celebrated chef André Chiang to design a new restaurant in Taipei started in late 2013. It quickly became clear that chef André’s vivid gastronomic imagination combined with WEIJENBERG’s artistic vision would set both on a trajectory to create a restaurant reflecting the visceral and primitive nature of its namesake ‘RAW’.

The restaurant design tells a parallel tale about how chef André’s food can be experienced. Diners step into the restaurant across a wooden path, entering a tranquil lounge designed to lead customers on a journey and create a gentle transition from the bustling streets of Taipei. A soft angled, organically sculptured wooden structure greets guests. As they move into the main restaurant, this wooden structure merges to form the centrepiece of RAW.

Customers sit at custom-made tables with lighting that creates a stage for the food, drawing customers in closer to the table and to each other. 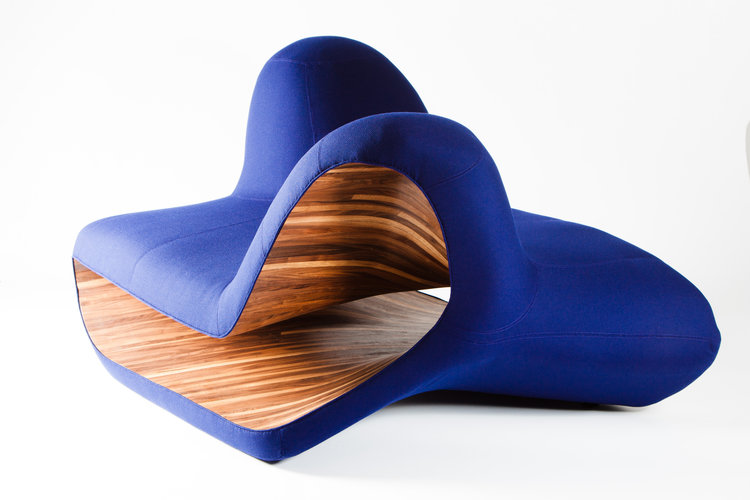 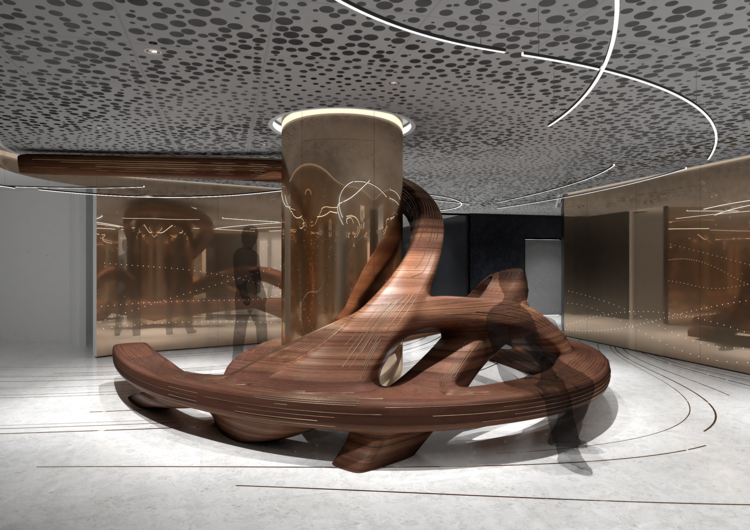 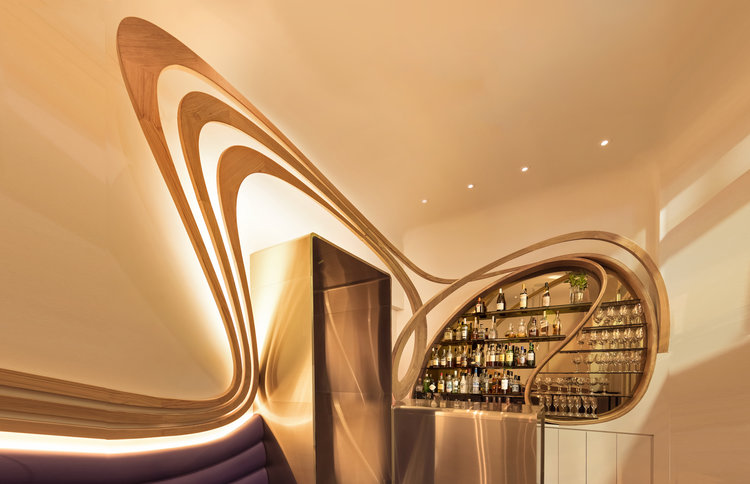